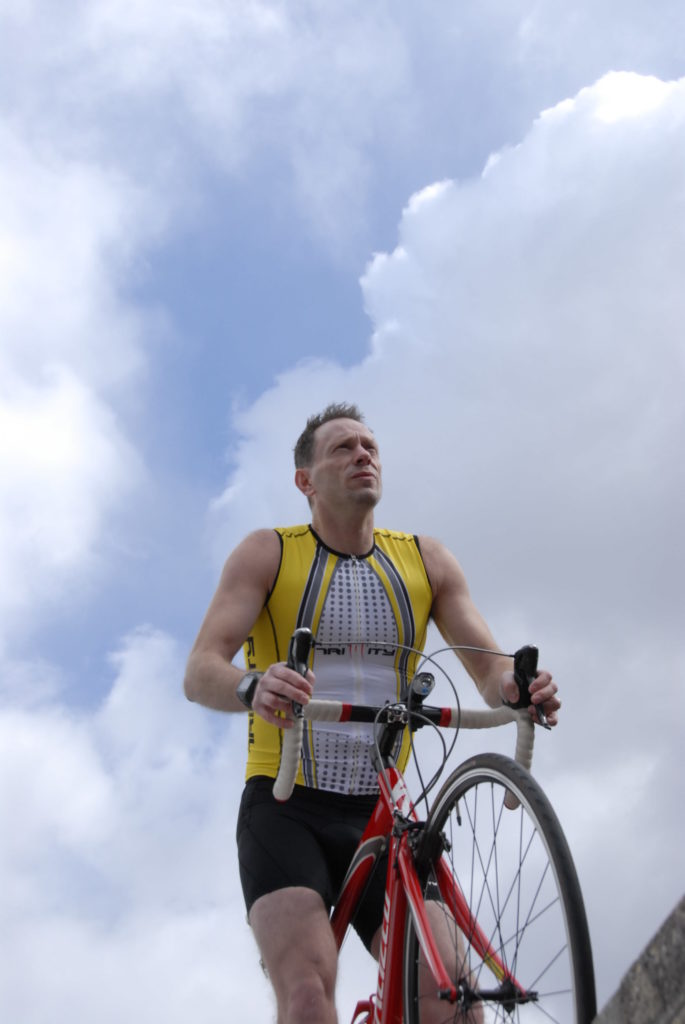 If you take a look at Vaughn Ripley, 47, you see a man that stands tall, proud, and confidently rooted in his story.

There’s a good reason why we could see Ripley on the cover of Men’s Health in November as part of the magazine’s “Ultimate Guy Search.” He exercises six days per week, makes sure to get a proper night’s rest, and he engages in daily meditation. It’s the recipe for a healthy lifestyle, but it’s also the “prescription” that keeps him alive.

Ripley is grateful for the simple things in life, the things that most people easily take for granted.

“To not only still be alive, but to have a wife, a house, and a family, I can’t even put it into words how special it is to me that I’m able to live what most people consider a ‘normal’ life,” Ripley said.

Ripley said that as he was reflecting on his nearly 20-year marriage with his wife, Kristine, and their two children, Trinity, 9, and Xander, 6, who they had via in vitro fertilization.

Ripley is one of the longest surviving HIV+ people on the planet. He was born a hemophiliac, and as a teenager he was infused with tainted blood. On January 3, 1987, doctors told him that he was HIV+. He was also diagnosed with the third ‘H’ — Hepatitis C.

“It was very tough for me,” Ripley said. “The stigma that was associated with it was pretty strong. I don’t have anything against gay people or for that matter, intravenous drug users. In the 80s, those were the only two things associated with HIV. Even when I talked to my closest friends, the immediate reaction was ‘I had no idea you were gay.'” 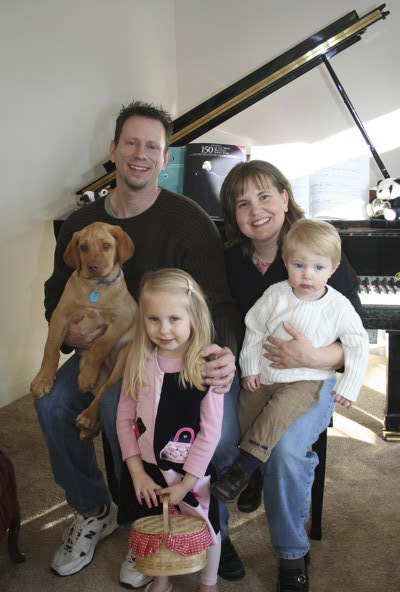 Ripley grew up in Rockville, Maryland just outside of Washington, D.C., and with an HIV diagnosis in the 80’s, he grew up with an enlarged sense of both external and internal fear.

“I got kicked out of the community swimming pool,” Ripley said. “It happened in front of all my peers and my neighbors. At the time, I was staying kind of quiet about my problems. One of the lifeguards approached me in front of all my friends and in front of people who I didn’t know and just asked me outright and out loud, ‘Do you have AIDS?’ I was 19 at the time. That was a huge blow. I can’t even explain the feelings, the emotions that went through me at the time. What I can tell you is I immediately lied. I shot back, ‘No!’ I didn’t actually have AIDS anyway. I didn’t know what the terminology was. Then the lifeguard told me that a couple of folks at the pool had complained about me being there and that they were going to revoke my membership. I took off out of there running and crying, and basically ran the mile and a half or whatever it was, crying.”

Ripley and his family also endured heartbreaking prank calls from people in their community. Threats were made to tear the Ripley’s house down and to kill Vaughn just because others feared for their own children’s safety.

“Eventually, it got to the point where my mom wouldn’t even tell me about some of the calls,” Ripley said. “My mom was afraid to share that with me. Some of the stuff was sort of hidden from me until later on in life. Then I got really frustrated and angry at some of the stuff that my parents had to also go through because of me.”

The public ridicule and abuse over something Ripley couldn’t control was one thing, but the reality of his medical condition was an entirely different beast.

“When I saw my doctor and he told me I was HIV+, he told me that I had fewer than two years to live,” Ripley said. “Doctors were beyond respected and to be believed so when they told me I had two years, I took that as a fact. There was no question at all. Because of that and then the kinds of things that were happening around me in my community, I really spiraled into a dark place.”

A self-described extrovert, Ripley turned inward and toward drugs and alcohol in order to help him cope.

“It was an escape for me to drink because I didn’t have to worry about the problems I was facing,” Ripley said. “I thought I was dying because I was told I was. I could drink until the point of practically alcohol poisoning without worrying about it because I was like ‘I’m going to die anyway.’ What I was seeing on T.V. was that I was going to die in this horrendous way, so then I might as well drink myself into a stupor. The first year or year and a half, that’s pretty much how I coped with it. I was either not paying attention to it at all or I was drowning my sorrows in a bottle or something worse.” 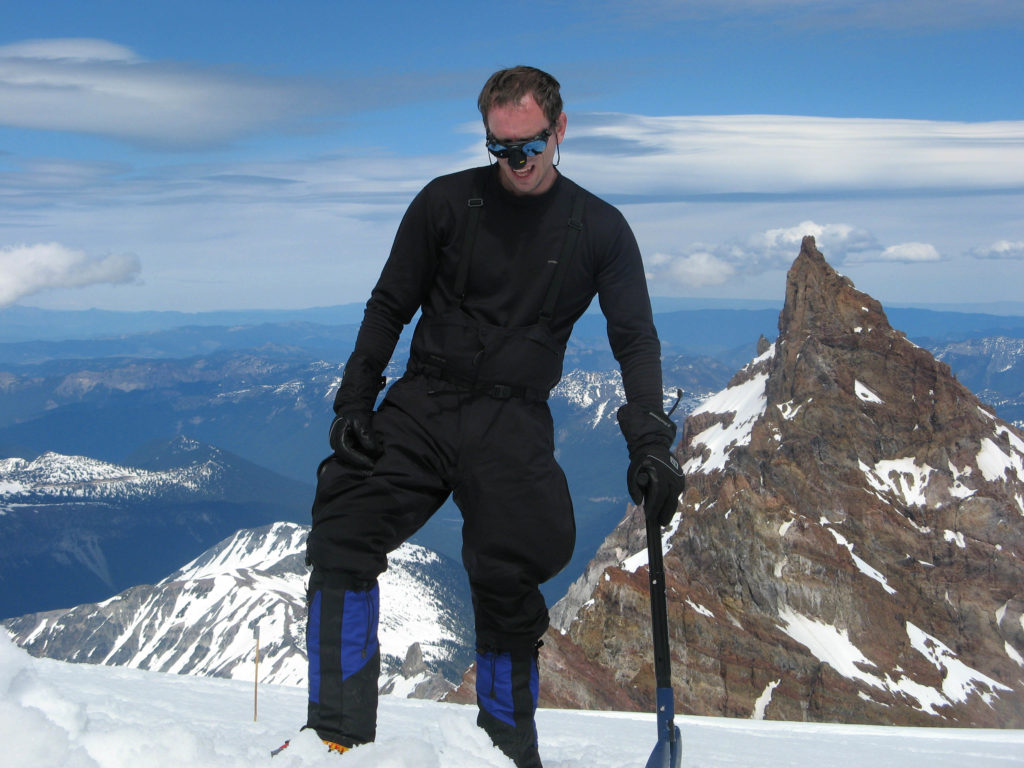 Once Ripley figured out that he was going to live past two years, he changed his lifestyle. He started lifting weights, eating nutritious meals, and taking vitamins. However, it wasn’t until ten years ago when he was sitting on the Metro that he really revved his healthy lifestyle up. Ripley saw a sign for a marathon in New Orleans, which benefited the AIDS community.

“I don’t know what it was, but it just hit me,” Ripley said. “At the time I had been living with HIV for almost 20 years and it hadn’t killed me. I had been keeping this bottled up and I wasn’t doing anything to support the community. And here’s this sign right in my face. It just transformed me right there. I was just like I need to start doing some things. I’m capable of doing them so why aren’t I doing them?”

Ripley got into endurance racing right there. He’s competed on the triathlon scene and every year he does the Mountains of Misery 100-mile bike ride, which features 12,000 feet of elevation gain. He’s also climbed a snowy Mt. Rainer.

While Ripley has kept his body active, he’s also a big proponent of keeping his mind and spirit alive and well. Ripley published a memoir four years ago called, Survivor: One Man’s Battle with HIV, Hemophilia, and Hepatitis C.

“Up until that point, I was in the closet about being HIV+,” Ripley said. “When I finally opened up, it was almost this huge relief off my shoulders. That also helped with the healing process because I didn’t have to hide secrets anymore. That rejuvenated me. It spiraled me upward as opposed to downward into a community of people who are the next generation, but still need mentors and people to look up to. I can show them that there is life after hemophilia and HIV. A lot of people panic and think that’s the end of everything. I’m kind of here to show them that that’s not true.”

Ripley has since fought off Hepatitis C, and has obviously beaten the survival odds that doctors gave him. He gives plenty of credit to his lifestyle, but he also thinks that there is something else working for him.

Ripley once wanted to hide under a rock, but he has now embraced this spokesperson-like role.

That’s why Ripley has entered the Men’s Health cover contest.

“With the Men’s Health cover, I’ve done a lot of research on it and I can’t find that they’ve ever had a hemophiliac on the cover,” Ripley said. “I can’t find that they’ve had an outwardly open HIV+ person on the cover. My thoughts are this is going to be a huge awareness thing for both sides of it. I believe that I was saved and kept here for a special purpose, and that’s helping others in the community.”

With the contest running until the end of July, Ripley is in first place by 6,000+ votes. However, no lead is a comfortable one, so  please vote to ensure that Ripley hits the cover of one of the most popular fitness magazines around. It’s not just for him, but for all others with HIV, hemophilia, and/or hepatitis C everywhere.

“Ultimate Guys” grasp their human qualities in order to have a full life experience. Ripley has gone above and beyond in that area. He’s embraced his accessibility, his weaknesses, his fears, and his strengths. Those qualities make up the pedestal from which he stands so tall on.