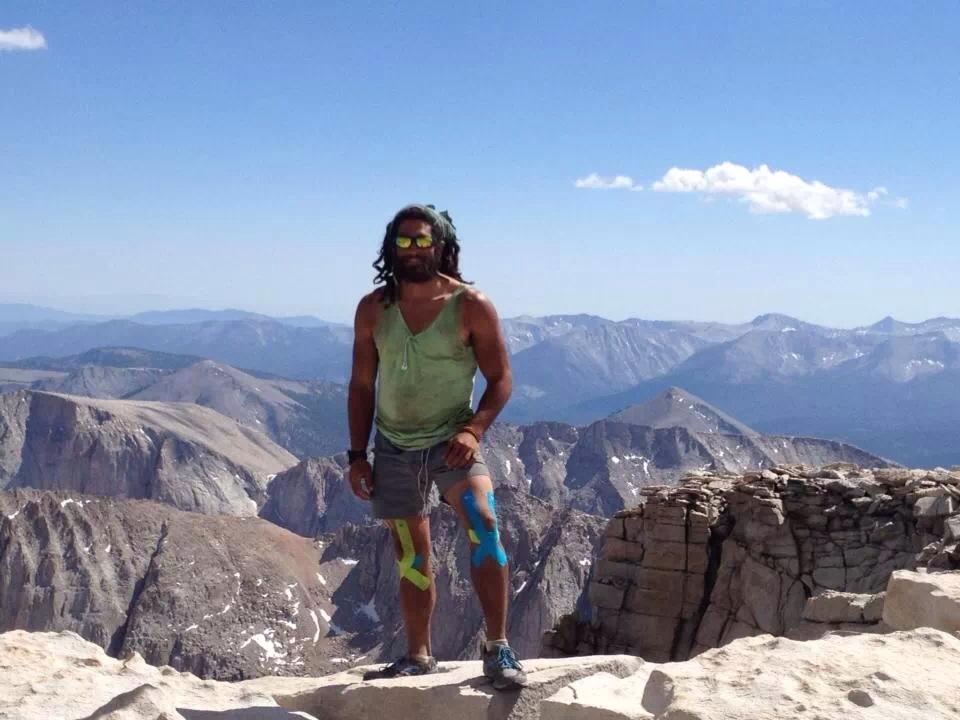 There’s an art and a beauty to letting go and being vulnerable. The more we allow ourselves to be deeply known, the more rich our life experiences become.

Ask Andrew Floor, 27, of Salt Lake City, Utah about that and he’ll tell you the same thing.

Floor had to let go of the part of himself that was a severe drug addict, and he continues to work daily to keep his almost four-year sobriety status in check. As a result, his soul is more plush and his legs have as many miles on them as the American pioneers did when they settled into new areas.

Floor began smoking weed and using alcohol early on in high school. Then he started using mushrooms, ecstasy, and pain pills to get the high he wanted. By 17 years old, he was taking pain pills on a daily basis. He came to find that using pain pills everyday was expensive, so he switched to heroine. He smoked heroine for three years and then he began injecting it. Shortly after that, he reported that he started to shoot speed balls, which is a mixture of coke and heroine.

“When I started shooting heroine, my life went into an out of control tailspin,” Floor said. “I had no grasp of reality. I hopped on a Greyhound bus to Las Vegas, and I was homeless for three months. I was panhandling. I literally slept under a bridge on a sidewalk. I looked like a homeless bum. I ate out of trashcans. I searched through the trash trying to find anything of value. It was just a miserable, miserable existence. Eventually, I got a bus ticket home and then I was homeless in Salt Lake for another two months by choice. I had a home I could go back to, but my parents were putting a cramp in my using, so I couldn’t really go home.”

Floor said that his parents and his two sisters took much of the blows that came from his drug habit.

“Honestly, I put my family through more than I put myself through just because I was numbed out pretty much 90% of the day,” Floor said. “They were the ones that really suffered through it all.”

“Andrew was always on edge and the littlest thing would set him off into a rage, which would turn our family upside down,” Andrew’s older sister, Stephanie, said.

After the Floor’s realized what was going on, it didn’t exactly get easier.

“It made our family feel alone and secluded from the world because we felt like we were the only ones going through this, when in all reality, many other families were experiencing the same burdens,” Stephanie said.

Andrew eventually had a fleeting moment of clarity that to this day, he can’t fully explain. 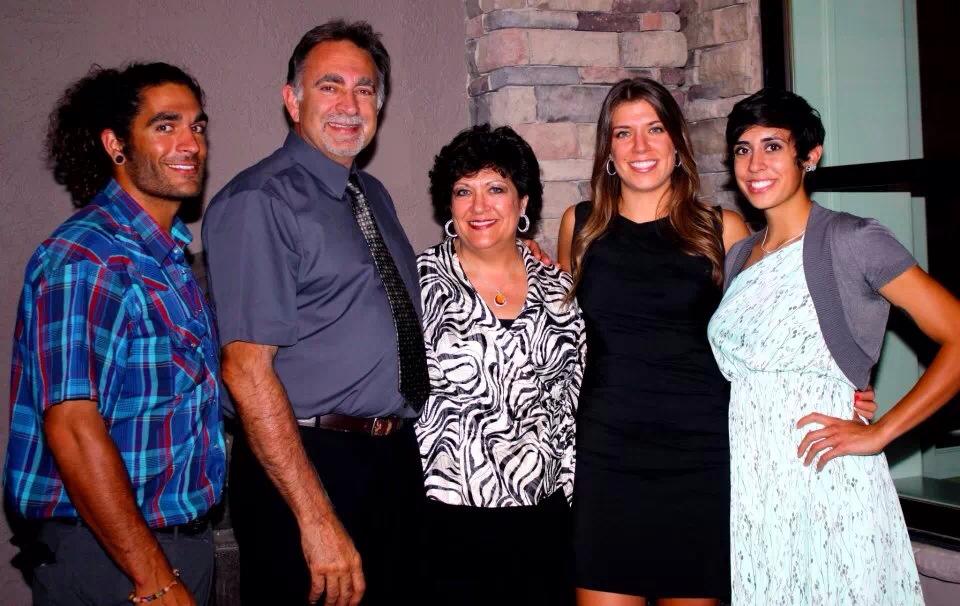 “It was almost like a spiritual experience. I was able to see my life from a third person perspective,” Andrew said. “The next day, I asked my parents for help, and I was in detox that same day on the long road to treatment and relapses, and more treatment and more relapses.”

During one of his stays in rehab, Andrew was taking a smoke break in between group sessions.

“I was talking with this guy who told me that his buddy walked from Mexico to Canada one summer,” Andrew said. “I was like ‘Woah, woah, woah! What did you just say? Somebody just walked from Mexico to Canada?’ He started telling me about it, and I didn’t even know that there was a trail and people did that. At that time in my life,  I was so down on myself. I needed something to kind of latch onto. It was just a really depressing time of my life. I needed something to keep me going, and that was it. There was no real logic behind it. I was just like, ‘I have to do that.'”

Floor set off on the Pacific Crest Trail last April to travel the 2,680 miles on foot. It took him five months and 10 days to travel from Mexico to Canada, going though California, Oregon, and Washington.

Andrew started the trip with a friend, but decided to break off on his own, citing his own desire to stay away from civilization as much as possible. Along the way, however, he would hike with different groups from time to time. He did spend most of Oregon and Washington by himself.

“There’s so much going on inside your head,” Andrew said. “You’re literally hiking from sunup until sundown. There’s only so much you can talk about in that time. A lot of the time, it’s just you and yourself. It’s broken up by the occasional spectacular view or feeling of accomplishment, but there’s lots going through your head like relationships back home and wondering about what you’re going to do when you get done.”

Andrew set off on the journey to aid in his own recovery. The physical exertion of hiking 15-17+ miles a day for months at a time plus the underlying reason why he was out there in the first place hit him hard at times.

“When you’re out there with that amount of physical exertion everyday on top of being mentally exhausted, it brings deep emotions to the surface,” Andrew said. “I was feeling so much guilt and shame. We just stopped and made camp right there for that night because I just started sobbing. I’m so grateful right now. My parents extended their working careers by years. They used their 401k to put me through treatment, really. That hit me really hard. I called my parents and I talked to them. They eventually told me, ‘Well, we’ve done exactly what we wanted. We paid to get our son back, and now we have him, and that’s all we could ever hope for.'”

Andrew drew  several parallels between his rehab journey and his adventure on the Pacific Crest Trail.

“First of all, it reminded me of how resourceful I am, and I’m super resilient,” Andrew said. “I don’t need hardly anything at all to survive. Really what it comes down to is food, water, and shelter. The rest of the stuff is really just a luxury. I also learned in my recovery to live one day at a time, live 24 hours at a time. When I started hiking, I was really forced to live that. It’s hard to live that way. When you’re hiking that far, it’s really detrimental to even think of the next week because that’s a long ways just like it is in your journey through sobriety.”

The parallels didn’t stop there.

“He mentioned to us that there were times while he was hiking that he would hike up a mountain and come to a ridge and look out into the valley and it gave him a “high” like he would have with drugs,” Stephanie said. “He realized drugs aren’t the only way that can make him feel the euphoria the drugs gave him, which gives him hope for the future…He seems to know himself, which will help when he has a craving or a depressing moment. He will know how to deal with it naturally versus with drugs. I believe this is the key with addicts. ” 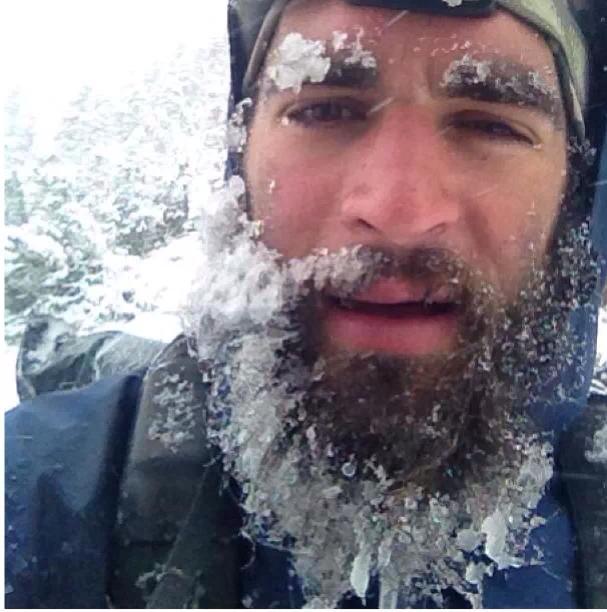 The same rush of endorphins that Andrew once got from legal and illegal drugs was experienced one day in northern Washington when he saw a huge footprint in an isolated area.

“It looked like a human footprint, but it was pretty big,” Andrew said. “At least a size 16. It was in the middle of nowhere. It was like 35 miles to the town ahead of us and about 45 miles to the town behind us. It’s a barefoot footprint. I was so cold that I had every piece of clothing on me from my backpack and I was still freezing. I just don’t see how anybody could have been running barefoot. It’s hard to say what it was, but it is Bigfoot Country, you know?”

Once Andrew finished his hike, he appreciated the accomplishment and his family noticed changes in him, but he was also in search of more.

“The changes I saw in Andrew when he came home were very obvious,” Stephanie said. “At first he had a very hard time integrating back into society and normal life around humans versus nature. He said being in a large crowd made him nervous. Once he was able to return back to normal every day interactions, he was much more grounded and level headed…When he came back he was in a mind set that he didn’t even need modern day luxury’s such as electricity and running water. He seemed more at peace with himself.”

This week, Andrew will set off to hike the Appalachian Trail, which runs from Georgia to Maine. It will be another five to six month adventure.

“Right now, I’m stressing out about just getting to the trailhead because I had this brilliant idea to hitchhike to the trail,” Andrew said. “It sounded really cool when I first came up with the idea, but now it’s coming down to the wire, and I’m worrying about it.”

Once Andrew gets to the trailhead it will once again be about finding that pocket of comfort in discomfort.

“I think the hardest part about this trail is the distance between towns is a lot shorter, so if you choose, you can go into towns every two days,” Andrew said. “That actually is hard because it takes you out of the mindset. You go into town and get even a soda pop and enjoy the luxuries of civilization. It’s just easier to stay out on the trial to stay in the mindset.”

Andrew doesn’t plan on stopping after the Appalachian Trail either. He wants to complete the Triple Crown, which would mean hiking the Continental Divide (from New Mexico to Montana). After that, he wants to head to Nepal and the Himalayas.

“There’s so much satisfaction that comes out of being 100% self-sufficient,” Andrew said. “Everything you need is on your back. For me, being satisfied is kind of important. Honestly, if I was miserable day after day, I would probably start using again. I didn’t get sober to hate life.”

“One of the best summers I’ve had in my whole life is hiking the Pacific Crest Trail. I’m kind of addicted to it. I met so many cool people and have so many cool stories. I fall asleep at night thinking about it.”

As for how Andrew is handling the guilt and shame from years of drug use, family therapy has played a huge role in his recovery as it relates to that.

“Now years later and lots of therapy sessions, it has brought our family closer together than ever before,” Stephanie said. “We were forced to talk about problems and issues that we would have just brushed under the rug. The experience was traumatizing, yet it made us all stronger and able to deal with problems in a more rational and level headed way, and we all have the tools we need to deal with this IF it ever happens again. They say that an addict is never recovered, but always in recovery.”

Andrew is taking the necessary steps, both literally and figuratively, one day at a time to get to know himself better and understand his worth. He’s traveling trails that have been pounded for years, but he’s blazing his own trail in his own life, and doing it drug-free. That’s the best luxury right there.