There are things in life that you simply can’t wrap your brain around: The vastness of outer space, the concept of forever, and the complexity of the human brain just to name a few.

Researchers have found that just one human brain has more molecular switches than all of the world’s computers combined.

Ask the Pearce family of Hartland, Vermont, and that’s a research finding that they will firmly stand behind.

David was born with Down syndrome, and often has trouble coping with being different.

“I want my diability to go away, and not come back,” David said in a documentary called The Crash Reel. “I know that I have it. It’s really hard to have it. Sometimes I feel stressed out about it. Sometimes I have anxiety about it. I just go up in my room and hang out, and I cry. Then I perk up, come downstairs and move on to another day.”

David’s brain wasn’t the only one destined to be different in the Pearce family, however.

Kevin, 26, was well on his way to overtaking Shaun White on the professional snowboard scene in 2009. Kevin was White’s biggest rival heading into the 2010 Olympic Winter Games in Vancouver before a horrifying crash during training left him with a traumatic brain injury.

On December 31, 2009, Kevin and his friends hit Park City, UT, to practice on the 22-foot halfpipe. They were working on double-corks, which is a move that features three-and-a-half rotations with two-and-a-half inverted spins. Imagine being in tossed around in a washer 40 feet above the ground. Kevin and his crew had not practiced the move in a while, so they were all a little nervous about getting the first attempt under their belts. They played rock-paper-scissors to see who would go first.

Kevin lost in more ways than one.

Kevin caught his toe edge, fell face first into the halfpipe, and was knocked-out immediately despite wearing a helmet. He was bleeding from his mouth and nose, and was airlifted to University of Utah hospital, where he remained in a coma for six days.

An early victory for the family came when Kevin was moved from neuro critical care to nuero acute care within the hospital after a month. Eventually, Kevin was transferred to Craig Hospital in Denver, which specializes in brain injury rehabilitation and spinal cord injuries.

Kevin’s brother, Adam, even quit his job to accompany his brother to rehabilitation every day.

“I think getting help from my family was the biggest part,” Kevin said. “I feel lucky to have had them.” 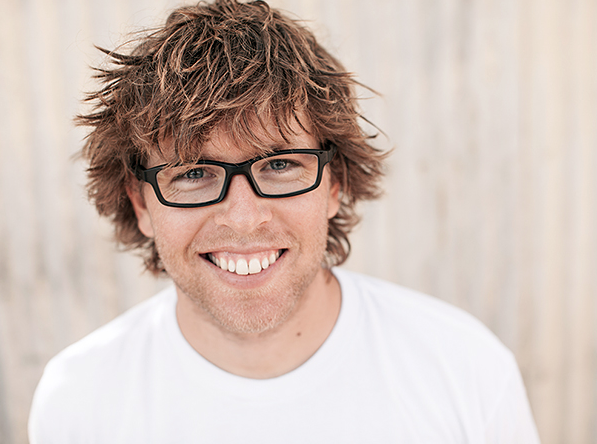 Kevin’s brain injury is only one component to the story. His desire to get back on his snowboard and ride the way he used to is an entirely different beast. Kevin’s doctors and therapists continuously advised him that if he hit his head hard again, he would likely die. Kevin didn’t want to believe it.

“I think the scariest part for me was finding out what the result was,” Kevin said about the injury. “For so long, I didn’t know how severe things were. I didn’t want to believe or accept that it was that bad. When I found out how real it was, when I found out I wasn’t going to be able to do what I love anymore, that was the hardest.”

Even two years after the accident, Kevin felt “100% confident” about his ability to get back on snow and compete at the highest level.

“Not us. Not everybody,” David proclaimed at a family dinner when Kevin told the family about his confidence level. “I just don’t want you to die.”

Trevor Rhoda was another person essential in convincing Kevin not to snowboard like he used to. Trevor didn’t even have to say anything. Trevor suffered a second traumatic brain injury while snowboarding, and will never be the same again. When Trevor’s mother told him to point to his elbow, Trevor pointed to his knee. Trevor’s mom also described his inability to control his impulses as demonstrated by the fact that he ran his little brother over with a golf cart.

That’s all it took for Kevin to see what life would be like if he hit his head again.

Five years after the accident, Kevin is riding his snowboard again, but only on powder days. He doesn’t do the halfpipe or the terrain park anymore, nor does he even do jumps.

“Just being up there in the mountains, in the powder is what I love most,” Kevin said. “I’m mellow now.”

Kevin still has problems with his vision and his balance.

“My vision is the toughest and it makes things so much harder now,” Kevin said. “My balance used to be extraordinary and now it’s nowhere near where it used to be, but it’s all getting better.”

Kevin’s identity was snowboarding, but it took losing his identity to actually find himself. He started a movement called “Love Your Brain.”

“It’s to help as many people as I can, who are suffering and going through tough situations,” Kevin said. “We try to teach people how to be smart and how to be safe, and how to do the right things when it comes to protecting their brain. We also help improve the lives of people who are going through the rehabilitation process.”

Kevin used to spend most of his time focusing on how he could progress his sport. Now his focus, a more meaningful target, has longer arms and extends beyond athletes.

Perhaps most importantly, however, Kevin is able to connect on a much deeper level with David.

“We have the most amazing relationship,” Kevin said. “It’s crazy how much closer we’ve become since the injury, and how we can relate more. He just feels so much more connected to me. He has so much sympathy for me. He kind of gets what I went through and what it was like for me, and vice versa.”

How’s that for a double-cork in life’s playbook?