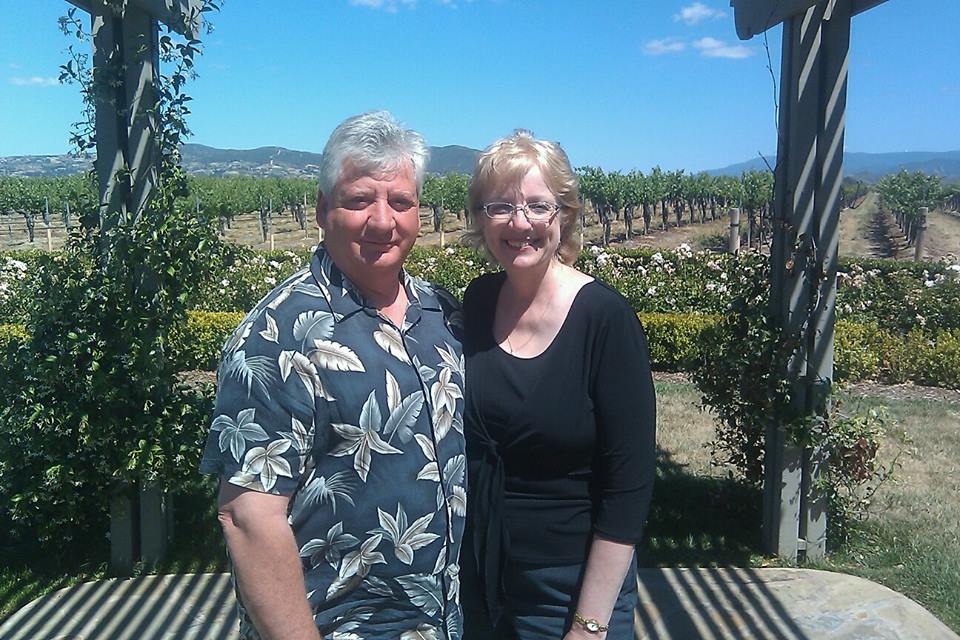 Photo: Philip Richiuso, and his wife, Elaine, met when they were 15 years old.

As goalkeeper for FC Dallas, Chris Seitz, 27, is the last line of defense against tenacious offenses on the pitch.

It turns out that he was the last line of defense against a furious cancer for a complete stranger as well.

When Seitz and Erie, PA resident Philip Richiuso meet for the first time in Dallas before the club’s June 7 match against the Colorado Rapids, there will be a long, emotional embrace.

Richiuso, a preacher, was diagnosed in June of 2012 with Acute Myeloid Leukemia (AML) — a type of blood and bone marrow cancer that has an especially poor prognosis (30% survival rate).

“The call we got from the doctor’s office was ‘Get to the hospital now. Pack your bags and leave now,'” Richiuso said.

Richiuso said that his wife of 36 years, Elaine, already knew how bad it was.

“It really didn’t hit me until I got to the hospital in Buffalo, New York,” Richiuso said. “They said they wanted to start me on chemo within the hour.”

After 30 days of chemo, blood work showed that Richiuso wasn’t improving, so they started him on another round of treatment. Again, after another month, Richiuso’s prognosis was worsening.

“When they put the chemo in you, your mind starts wandering,” Richiuso said. “I wanted to say, ‘Why is this happening?’ I never said it. I just said I’m going to make it through this because God is going to bring me through this. I never had a feeling that I was going to die. My body felt like it every day though.”

Richiuso needed a bone marrow transplant, and he needed one fast. Sometimes finding a donor can take at least a year. However, Richiuso got a call in September from the registry saying that they had found a donor for him.

Richiuso had no idea who it was because the national registry keeps donor information confidential until at least one year out.

Meanwhile, Seitz was preparing himself for the procedure that involves poking 52 holes into the back in order to extract the marrow.

Seitz put his name on the donor registry in 2008 when a Real Salt Lake teammate’s wife was battling cancer. He also had an uncle who was battling AML at the same time as Richiuso. In fact, Seitz’s father donated bone marrow to his brother just before before the star goalkeeper made his donation. Unfortunately, Seitz’s uncle lost his battle.

During a contract year with FC Dallas and during a time when Seitz’s wife was pregnant with their first child, Seitz dropped everything to help Richiuso.

“When I got the call, it hit too close to home for me,” Seitz said.”I pride myself on doing the right things. For me, it was just a way to lead by example. When I had the opportunity to do something like this, it never crossed my mind that I wasn’t going to do it.”

Team personnel and physicians supported his decision to go through with the risky procedure that could have ended his professional career, or even left him with long-term damage.

“These people are down on their luck and really fighting the battle of their life, and we can try to help them out,” Seitz said. 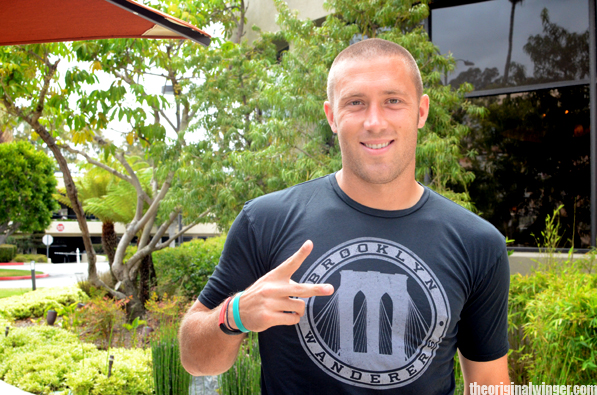 He went through with the donation on September 8, 2012 and missed the rest of the playoffs. He spent the off season recovering and rebuilding his strength. Today, Seitz is the starting goalkeeper and has 32 saves in nine games.

Richiuso had his transplant on September 20, 2012. His stat line: Cancer free in his bone marrow.

“I’ve known two heroes in my life,” Richiuso said. “One of them was my brother, Joe. He was a cop in New Jersey and he chased down a murderer and finally cornered him with some other cops, and he became the top cop for the U.S. back in 1991. He met the President. My second hero is now Chris.”

Once that one-year deadline was up, Richiuso had to pick up the phone. He got Seitz’s voicemail.

“I was lost for words. I said ‘I’m the man whose life you saved. If you want to call me back…’ and I gave him my number. Within ten seconds he called me back, and he said ‘I’ve been waiting to talk to you.'”

Richiuso said that each time he talks to Seitz on the phone, he tears up.

Before Richiuso knew who his donor was, he had a bet going with his daughter, Jessica. Because Richiuso’s blood took on the properties of Seitz’s blood, there was plenty of banter within the family.

“My bet was that he was a guy from California, and I’m going to be talking like a dude and start wearing surf shirts. She goes, ‘It’s going to be somebody from the south.’ I talked to Chris on the phone and told him about the bet. I said, ‘Well, I guess I won because you’re from Texas.’ He goes ‘No, I’m from California.’

“You never know the two minutes that it takes to swab your mouth, you can save someone’s life,” Richiuso said.

“You always want to be a better person. Being a preacher, you think about portraying yourself in a certain way. I want people to look at me and say there’s something different.”

There will be a small amount of closure in early June when Richiuso finally gets to met Seitz. There will also be an opening for a new bond between two men who have been bonded by burden and by blood.

If you would like to learn more about becoming a bone marrow donor, head to Delete Blood Cancer or Be The Match.