Identical twin sisters, Lanny and Tracy Barnes, have always had a friendly rivalry that has pushed each other to become better. But when biathlete Tracy made the cut for the 2014 Olympic team and Lanny didn’t, Tracy didn’t play fair. She let love win.

“It can’t always be just about you, you have to look out for the people around you,” Lanny said of the most recent life lesson she’s learned from sports.

She didn’t have to look far for the inspiration. Lanny’s identical twin sister, Tracy, had just given up her spot in the 2014 Winter Olympics.

“I was super shocked. Usually, as a twin, you know what your twin sister is thinking. I had no idea she was even thinking that,” Lanny said.

Although Tracy didn’t have this planned, she said she started thinking about it when Lanny got sick during the final qualifying races in Ridnaun, Italy. A gift most wouldn’t even think of, came naturally to Tracy.

“It wasn’t a hard decision. It was an easy decision for me to make because I felt so strongly about it,” Tracy said. “You don’t want to see your sister disappointed. I felt like she deserved it and I just wanted to do something to help her.”

It wasn’t an easy gift for Lanny to accept since her twin sister had earned the spot, but she went with it and will be competing in the Olympics next month.

“This makes it that much more special to me, because she gave me this second chance,” said Lanny.

As she prepares, Tracy is determined to be her sister’s biggest fan. 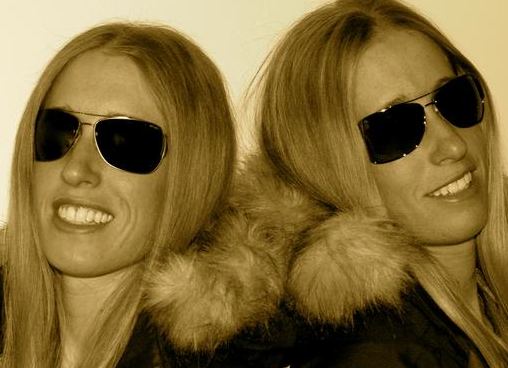 “I am so excited to be a part of it and cheer her on,” Tracy said. “I’ve raced in the Olympics, but I think it will be just as cool of an experience to just be able to be there and support her.”

“It was really nice to be able to have your greatest competitor with you daily to push you and help bring you up to another level,” Tracy said. “Being a twin really helps you realize how to be a teammate with someone, and sacrifice for them.”

We all might’ve just learned the greatest purpose not only in competing, but in life–being a teammate. The twins say that this has made them better biathletes as well.

“When we started biathlon it was a bit of a struggle because it was an individual sport,” Tracy said. “So we decided that we were going to make it more than an individual sport, we’re going to compete for each other, for our team, for our family, our hometown, and our country. That has really helped us excel in biathlon by treating it as a team sport .”

For Lanny and Tracy, being a teammate isn’t just about the way they treat each other and how they compete in their sport, it’s their purpose in life.

“My purpose is to give back in a sense by inspiring people to achieve their best, go for their goals, and help others,” Lanny said.

Tracy’s wasn’t much different, “I am most happy when I am helping others. Anytime I can help other people through what I do, is really what my purpose to play is.”

As Lanny competes for an Olympic medal, Tracey will be cheering her on, undefeated in the way she gives, and they’ll both be inspiring the world with their story.